I have always loved music. Even before I fell in Love with, & married, a Musician. Before I become a Mother of four, who all turned out to be Musicians. My love affair with Music continues . . .

And as a Blogger I love the written word. Words used in different ways. Words that are Clever or Witty, that can make you think in a way you hadn't previously thought . . . 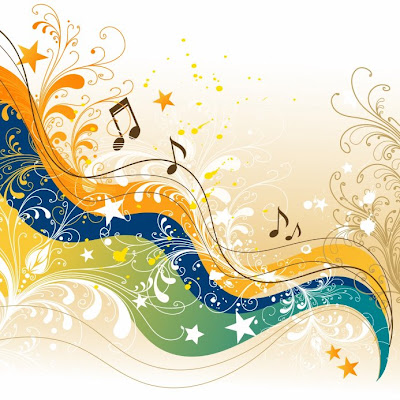 The other night as we were watching American Idol, a contestant auditioned with a song by Adele. (not very well mind you) but after they were done, I said "my favorite line in that whole song is _____!" And just like that the idea for this Blog post was birthed! That's how it usually happens for me. Random.

Through the years there have been song lyrics that have stuck with me. That have made me love a song I might not have really liked, or even an artist or band. And I'm going to share some of my all time favorite song lyrics with you.

Starting with that Adele song that I love so much:

"You know how the time flies,
Only yesterday was the time of our lives.
We were born and raised
in the summer haze.
Bound by the surprise
of our Glory Days."

Speaking of Glory Days, how about John Cougar Melloncamp:
"Let it Rock, Let it Roll,
Let the Bible Belt come and save my Soul.
Hold on to 16 as long as you can,
changes come around real soon
make us Women and Men."

(Jack and Diane)
Too true. And I Love how The Band Perry puts it, for those of us who have lost a loved one much too soon:

"The sharp knife
of a short life."

(If I Die Young)
But as Price put it:

"Life is just a party
and parties weren't meant to last."

(1999)
Whenever I am tempted to feel sorry for myself, I think of my favorite all girl Rock Band, Antigone Rising who put it best:

"I took off my Pity Party Dress
and I don't dance no more."

(Don't Look Back)
After all, as Danny Gokey put it:

(Life On Ya)
And what is it we're really looking for? Daughtry has the right answer:

"All that I'm after is a life full of Laughter,
as long as I'm Laughing with you."

(Life After You)
Well that's a start for now. Keep Singing, and I'd love to hear what are some of your all time favorite song lyrics?

Posted by Star Forbis at 9:41 AM No comments:

Labels: Celebrities, Me Myself and I, Music, Quotables

I'm starting something new on the Blog, I'm calling it Twitter Tuesday! (Cute Logo the Hubby made for me huh?!) And today is the first installment! You know how much I LOVE Twitter! I even now have ALL my kids on Twitter! We are a Social Media loving family. (Well, except for Zach, who goes along just to appease us. We got him on Twitter, so he could keep us updated from Mt. Rainier last summer.) I follow Friends, Family members, Authors of Books I've read, some Celebrities & Politicians, other Bloggers I read, etc.

And it's not just for socializing. I must say I've learned from Twitter. The other day there was a question on Who Wants To Be A Millionaire that I got correct, because of Twitter. It was who said some famous quote, I knew it was Elenore Roosevelt, because I had seen the quote on, of all places, Twitter! I get my News from Twitter. Celebrity & Political gossip. And even get great deals from companies all on Twitter!

So at least one Tuesday every month (maybe more, as I see really great or funny Tweets!) I'm going to share them with you right here on the Blog! If you are on Twitter you can follow me here. So, welcome to Twitter Tuesday!

Since as I'm writing this it is the Chinese New Year, I thought I'd start by sharing something I Tweeted about this time last year, straight form a Fortune Cookie I ate that day:


"Be Quicker of Mind than of Tongue,"
And here's one from WomenOfHistory Inspirational Quotes that I just love:

This one comes from Greatest Quotes:

"Never let your memories be greater than your dreams." - Doug Ivester


And as we are starting out this New Year, I leave you with a Tweet from Oprah:

"Doing the best at this moment
puts you I the best place for the next moment."


Let's make our next moment, this New Year, our Best one yet!

Posted by Star Forbis at 2:00 AM No comments:

Labels: Celebrities, Family, Me Myself and I, Quotables, Social Media, Twitter Tuesday 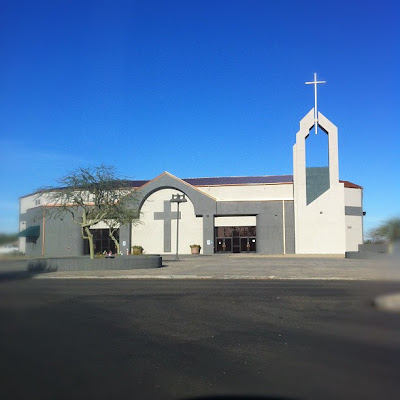 Yes, we are starting out the New Year at a New Church, with a New Job!
Yay! We are so excited! 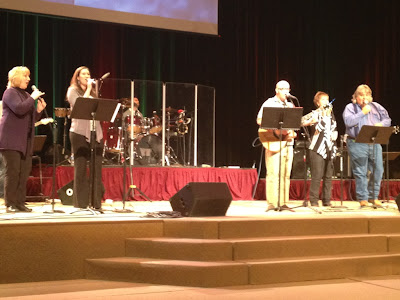 John was hired at Glendale Nazarene Church, In Glendale Arizona. 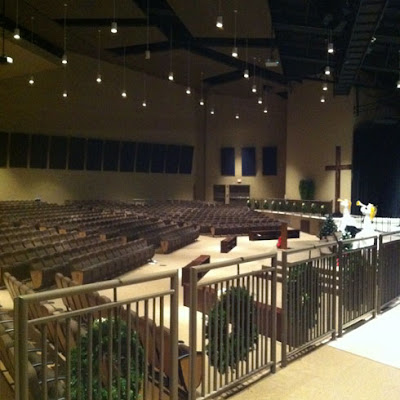 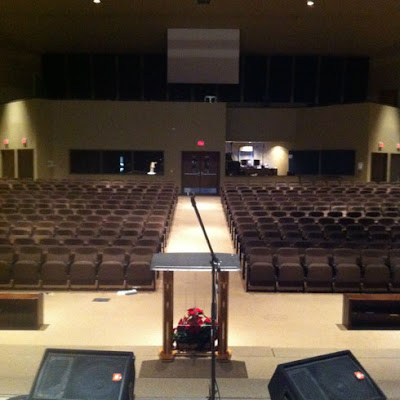 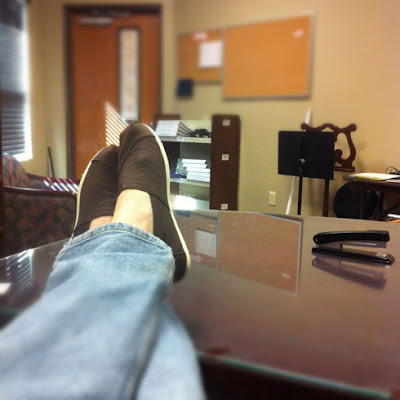 We're not moving at this time with it just being a part time position.
So for now we drive an hour each way. 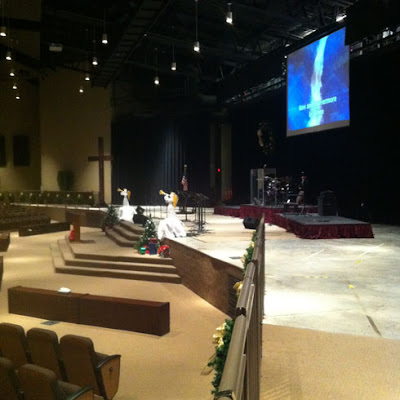 The Boys also get to play with their Dad.
Kyle on Drums and Zach on Bass
(who unfortunately can't be seen in any of these pictures!) 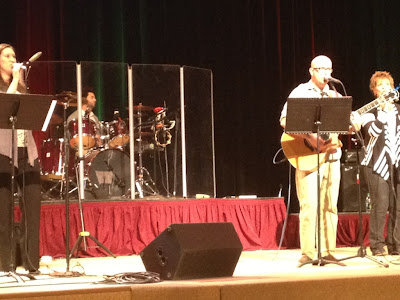 I can not tell you how great it is to see him once again doing what he loves to do.
And what he does so well!
Leading People in Worship. 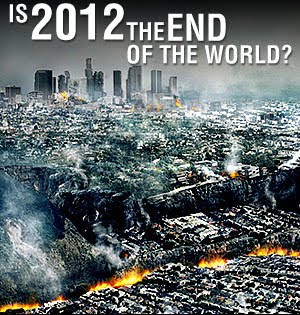 Okay, so rumor has it that the world will end in 2012. Because, I guess the ancient Mayan calender stops then. (I believe it goes up until the middle of December 2012) We've been joking around about it for awhile. There was an event invitation sent out on Facebook asking if you were going to attend 2012. :)

Well, I could not pass up the opportunity to turn this into a Blog Post! (But, of course not!) There are some days quite frankly, I wouldn't mind the world ending! 2011 has been a hard year! (Actually the past few years have been tough!) With John being let go from yet another job. And living with a lot of stress.

But, it is a New Year! And good things are happening. John's been working a retail job & was just offered a job at a new Church! It is just part time, but we are very excited about the opportunity. So, I got to thinking; What would this New Year bring? And let me state for the record I do not believe the world will end in December, 2012. (The Bible does tell us what will occur in the end times.)

But, lets just say for arguments sake, and the fun of a Blog Post, that the world was going to end in December of this year. What would have happened in 2012 prior to that . . . Well, My Twin Daughters will have started High School! (Okay, maybe the world really should end, then! Yikes!) My Boys will both have gotten Associate Degrees. My Husband and I will have celebrated our 25th Wedding Anniversary! And, since my Birthday is the end of December, I wont have turned another year older! :) Not a Bad Year! If I do say so myself! And that's just the things I know of! So, 2012 is shaping up to be a pretty good year! And I, for one could certainly use a good one.

And I hope all this talk of the end of the world hasn't brought you down, it's all in good fun and to ask you what you think this New Year might hold in store for you and your family. I hope you had a very Happy New Year! And I pray we are all Blessed in 2012! (Even if it is our last year!) :)
Posted by Star Forbis at 7:21 PM 1 comment: